Portion 236, Parish of Kembla comprising 50 acres was a small land grant to William Fry in 1831. This grant was to eventually be known as “Coral Vale Homestead”. Fry lived on or near his grant, however, the location of where the farmhouse was has never been determined. The Rose family purchased Fry’s grant in 1862 and it is assumed that they occupied the homestead built by Fry.

It was not until 1890 that the “Coral Vale” homestead was built for Joseph Samuel Rose. Originally it consisted of two blocks separated by an open breezeway about seven to eight feet wide, with facing verandahs. The two sections were linked by a slightly elevated covered timber walkway extending between the facing central doorways of the two buildings. The purpose of the two structures was to separate the main living area away from the kitchen, in case of fire.

The “Homestead” consisted of four large rooms and several other rooms that were formed from enclosing verandahs, one of which became the bathroom. The “Kitchen” also comprise four rooms consisting of a bedroom, kitchen and meals room.

The eastern “Homestead” building remains at its present “Coral Vale” homestead. The western building, which included the original kitchen, is the small cottage now located on the western side of Smiths Lane.

When Sheargolds acquired the property in 1999, the respective buildings had been significantly changed from their early form through the addition of ad hoc unsympathetic structures to the original fabric. 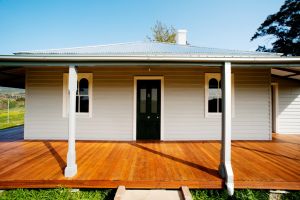 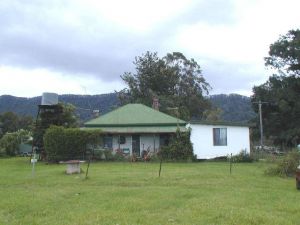 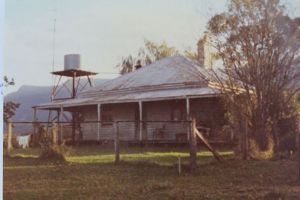