The history of agriculture at “Coral vale” is representative of the Illawarra region and the following is a summary of the uses of those lands interspersed with external effecting that use.

The initial use of land in the Illawarra in the early 1800, due to the dampness of the climate, was that of grazing. However, by the time the of the original land grant of “Coral Vale” in 1831 the Illawarra became an agricultural area producing market garden and grain crops such as wheat, maize and potatoes.

The movement to dairy farming was gradual with small activity being undertaken from the 1840’s. In the 1860s there was a major drought and this contributed to rust outbreaks in wheat. These two factors greatly influenced the movement into dairying. Dairying, though was still based on unpaid family labour that gave marginal returns.

A culmination of factors in 1879 and 1980 ensured the potential success of dairying in the region. J & T Wilson opened a cheese factory at Brown’s Old Mill Dapto, the introduction of refrigeration using the Mort-Nicolle system; the use of the factory system to manufacture butter; the introduction of the cream separator; the formation of co-operative societies to market and then manufacture dairy products; and lastly the extension of the railway to the Illawarra making access to market much easier.

In order to take full advantage of the dairying activities the “Coral Vale” farm was extended through the acquisition of several other parcels of land in the Wongawilli region. It is known that up until the 1950s butterfat was the main product produced on the farm with a sideline of pig production to use the by product, skimmed milk.

The 1950s saw the dairy industry become extensively regulated with the introduction of milk quotas for milk. By 1955, “Coral Vale” had been turned over to the production of whole milk, with a consequent shift to Friesian cattle which gave much more milk than the shorthorns.

“Coral Vale” remained a productive dairy unit until the 1980’s. Other farm activities during the dairying period included the cultivation of feed crops such as corn, saccaline and sorghum that would have been stored in the silo that stands today.

The 1980s saw the gradual breakup of “Coral Vale” to various owners. The remaining “Coral Vale” acres where mainly agisted and the lands where returned to grazing. 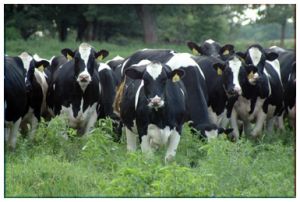 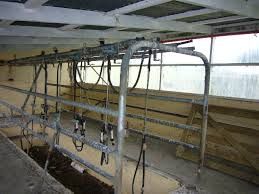